A collective using our spare time to do creative things for good causes. 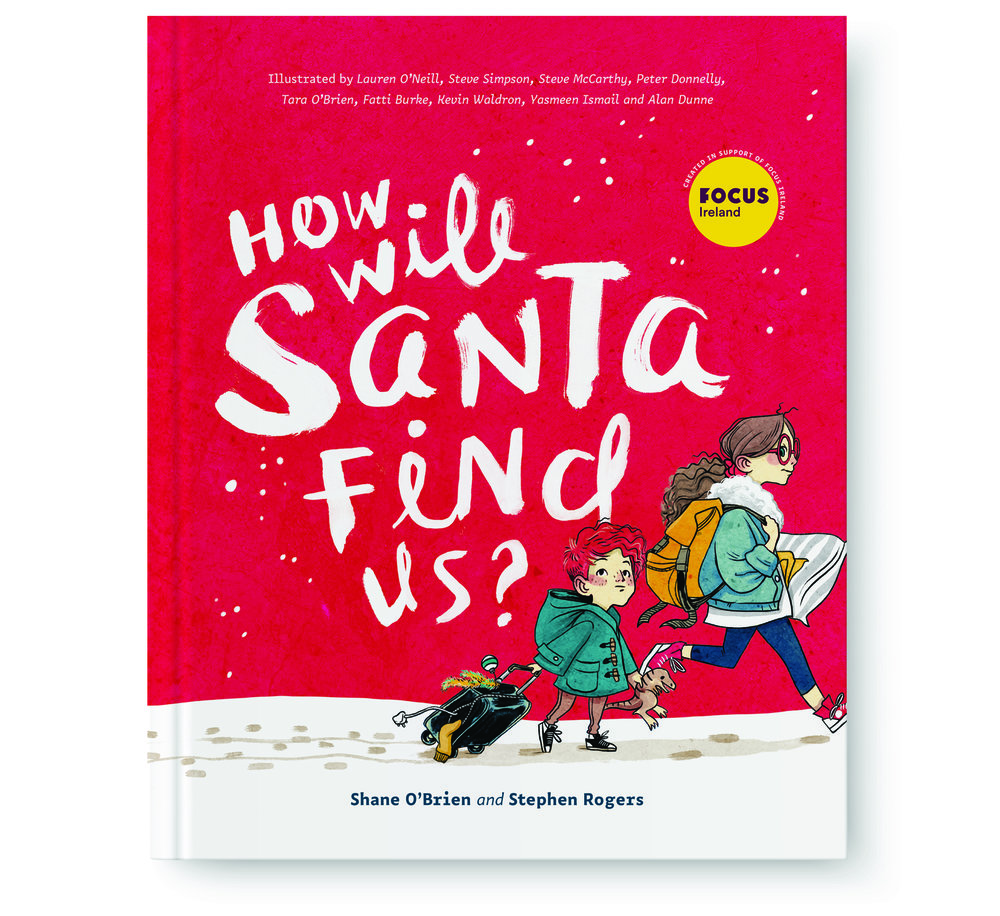 Our first project is a new children’s book featuring some of Ireland’s best-loved illustrators, with all proceeds going to Focus Ireland.

This book was conceived as a response from Ireland’s creative community to our growing homeless crisis, in particular the startling number of homeless children. It was launched as a collaboration in April 2019 at OFFSET and features beautiful artwork from some of Ireland’s best loved illustrators; including Lauren O’Neill, Steve McCarthy, Steve Simpson, Peter Donnelly, Tara O’Brien, Fatti Burke, Kevin Waldron, Yasmeen Ismail and Alan Dunne. 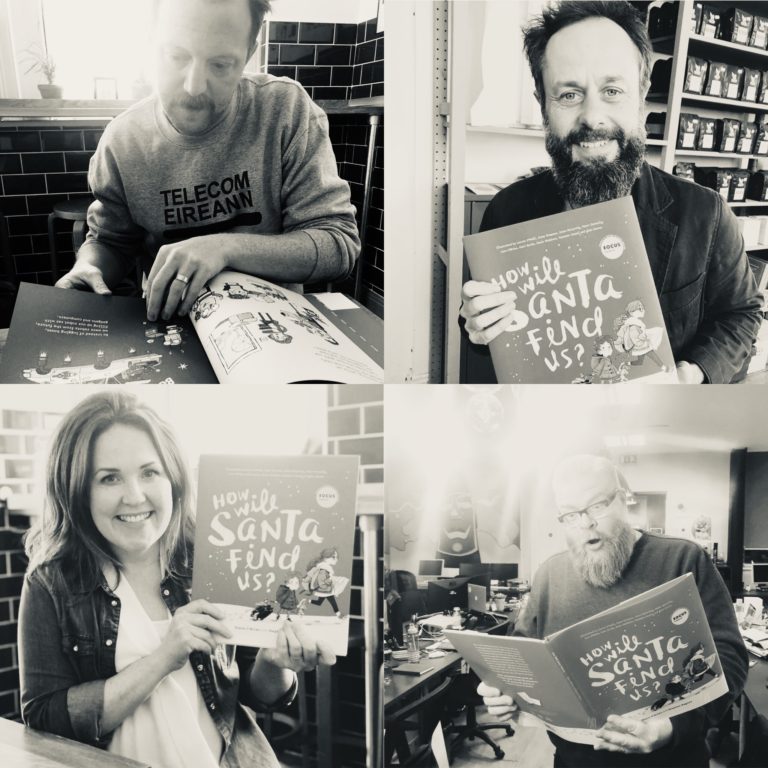 We are four creative industry professionals who work together
on side projects.

Shane O’Brien (Author) is an award-winning screenwriter, copywriter and (now) author from Dublin. Before that he played bass in comedy rock band Dead Cat Bounce. He has a very silly moustache. This is his first book.

Stephen Rogers (Author) is a full-time award-winning creative director and part-time photographer and documentary maker. His mother doesn’t understand what he does for a living and that’s not going to change with his first book.

Jessica Derby (Producer/Publisher) is an award-winning commercials producer and a mom from Dublin. She spends half her day making TV ads, and the other half making spaghetti bolognese for her two boys,Theo and Hugo. She has big red curly hair.

Bren Byrne (Producer/Publisher) is an award-winning creative entrepreneur, who counts founding the world-renowned design festival OFFSET amongst his many, many achievements. His Rolodex of industry contacts is unrivalled. Unfortunately for us that industry is oyster farming.